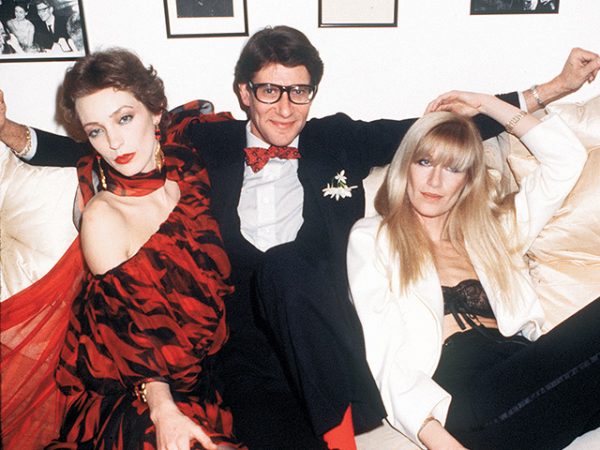 Our style icon, true muse and all-time favourite. Loulou represented everything that is great about fashion. She was original – never copycatted a look from the runway. She celebrated her own style with extravagance, innate glamour and free-spiritedness. She was quintessentially elegant in her own way.

“It’s impossible to talk about Loulou without referring to her family.” Kenneth Jay Lane

From her early years, Loulou was exposed to the fashion world. She was born in London on May 4th, 1948 to a French count, who was a publisher, and a renowned British model, Maxime Birley, who was a beautiful and fearless woman. “One night, she encouraged me to cut her hair really short and then put Kiwi boot polish to make it shine,” said Huber the Givenchy, who was taken by Maxime’s bold attitude.

Loulou’s fashion style was also greatly influenced by her maternal Irish grandmother, Rhoda Pike — a flamboyant individual, chic with a bohemian twist, who often wore a handful of Chanel brooches, a Spanish shawl wrapped around her waist with a Chanel skirt underneath. Rhoda used to make her own necklaces and then organised exhibitions to sell them. “She looked quite different from everyone else. She initiated a dynasty of glamour and chic“, said Givenchy, who was a great admirer of both Rhoda’s and Maxime’s style. In a nutshell, Loulou was the descendant of a line of exceptionally stylish women. 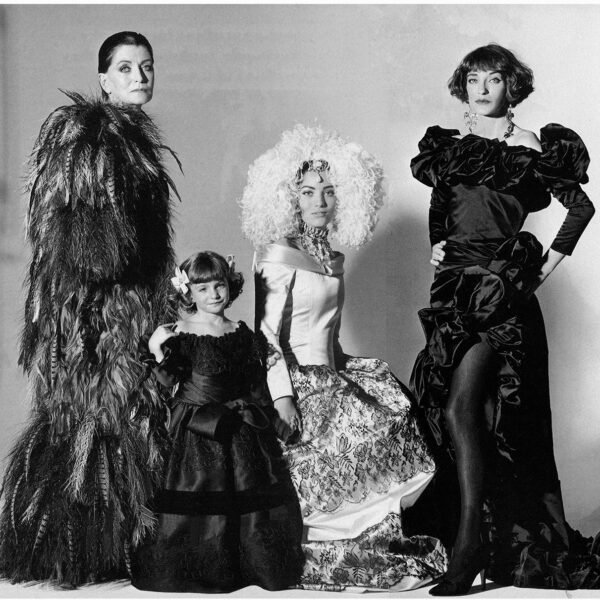 “What Loulou achieved with her accessories could transform a sweater and a skirt — she was amazing in her choice.” Hubert de Givenchy

Loulou was boyishly slim yet sophisticated. She was a great mix of French elegance and bohemian unconventionality. People fantasized about her look — for many she was the Greta Garbo of the fashion world. Like her grandmother Rhoda, Loulou also had a great love of gardening, which heavily influenced her style. She dressed with a certain spirit of inimitable fantasy, mixing and matching accessories: colourful jewellery like bangles from Morocco, turbans, vintage treasures from the flea markets in London and Paris, and belts to cinch her jackets, trousers, dresses and skirts.

“Accessories have an important role to play in our stressful lives. If you are going out to dinner and you don’t have time to go home and change, you can take your jacket off and add a piece of jewellery to what you’re already wearing.” Loulou de la Falaise

Loulou adored jewellery and brought them with her wherever she went. She once travelled to NYC and was asked by customs to open her four suitcases, which were all filled with hundreds of pieces of statement pieces. The official gazed in awe and asked: “Hey lady, are you in the circus or something?” 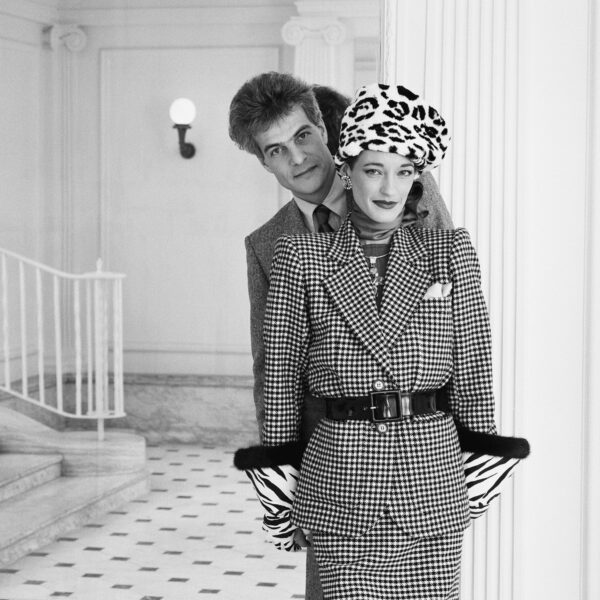 “Loulou understood that you have to amuse yourself with fashion, otherwise it’s unbearable” Hubert de Givenchy

Every outfit Loulou wore was always built around jewellery. “I’ll keep on mixing because it’s more inspiring,” she used to say.  It was hard not to notice her when she entered the room, her friends recalled.  There was always a lot of noise around her, emanating from her numerous necklaces, bangles and clanking cuffs.  Loulou always dressed to delight herself, friends and most importantly, Yves.

They met in 1968 through their mutual friend, Fernando Sánchez. Loulou came as a shock to Yves’ classical French taste, and he was intrigued by her. He started sending her clothes and loved how Loulou mixed couture with her own wardrobe.

“Yves and Loulou complemented each other. Yves loved Loulou like a sister” Manolo Blahnik

Loulou joined the YSL fashion house in 1972 and became a core element of the creative team. She also became Saint Laurent’s muse and a dear friend. 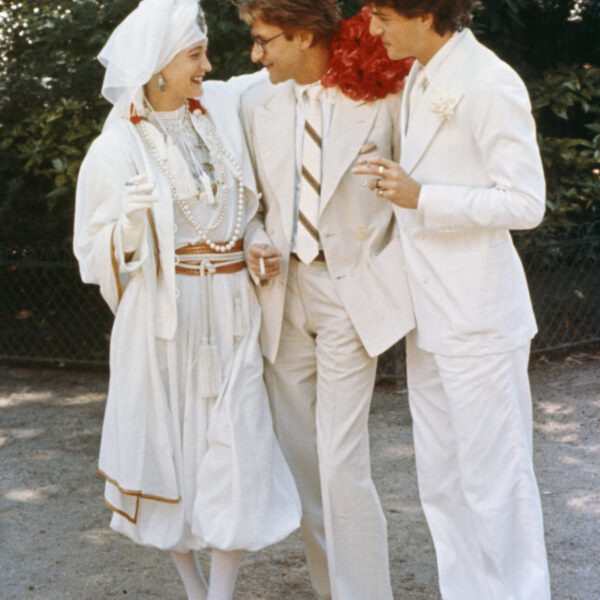 Be inspired by Loulou’s signature style:

– Layer different types and lengths of necklaces. Don’t be afraid to wear them on your high neck jumper or on top of your sweater.

– Bangles on both wrists. Mix and match dozens of them. And yes, big cuffs go well with big rings.

– Earrings are great when they are extra-large and stand out. Gold, sparkling, colourful – the choice is yours.

– Belts: Must-wear. It’s time to flatter your waist – no matter what your measurements are. 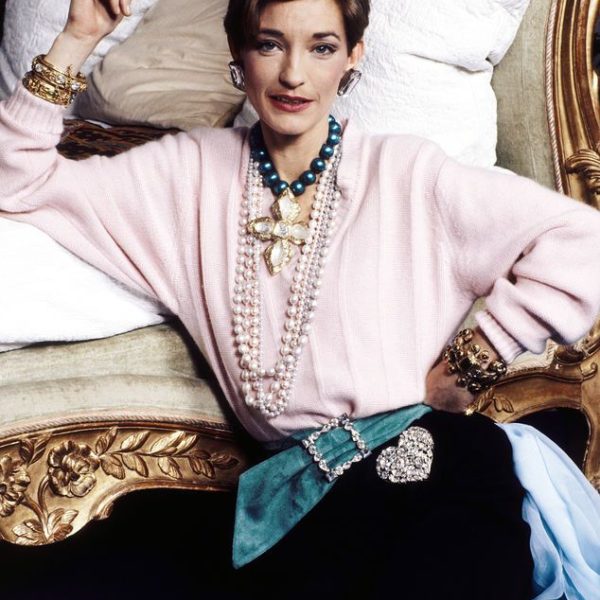 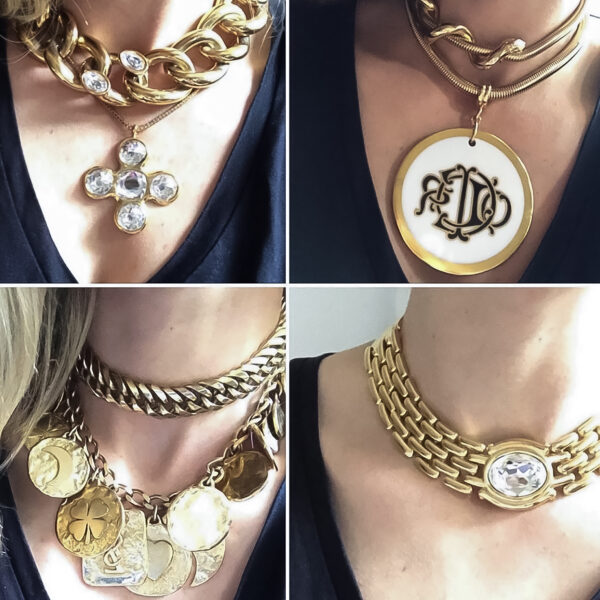 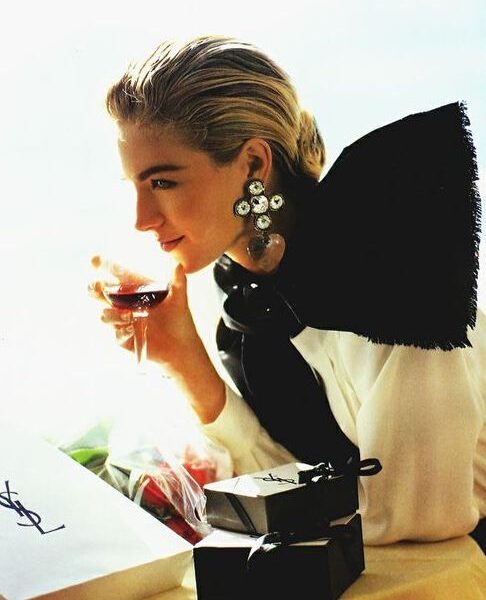