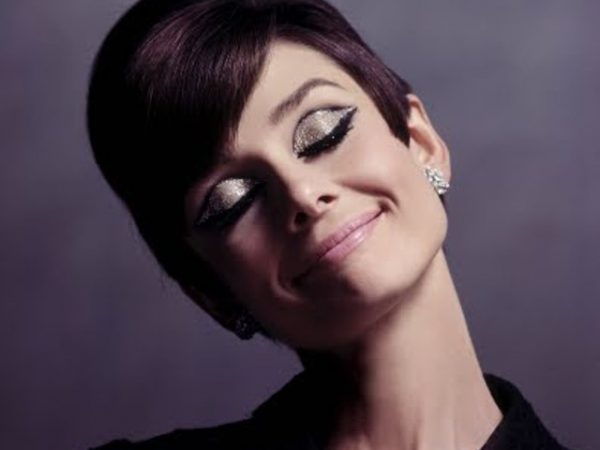 Audrey Hepburn jewellery choice: The key pieces to get her on-screen look

A movie star, with an impeccable eye for style. An actress, who is considered the epitome of sophistication. Audrey Hepburn, a Hollywood icon admired by many. Her on-screen style spilled over into her personal appearance and has stood the test of time inspiring the next generations of women around the world. The little black dress, wide belts and flat shoes are among her well-established fashion staples. But her jewellery choices are utterly captivating. Take a look at the extraordinary jewellery pieces worn by this extraordinary woman and get inspired.

When describing Hepburn’s style it’s challenging to avoid cliches. Her movies as well as her on-screen looks are iconic and well studied, still, it’s worth re-exploring, especially focusing on details. Starting with one of Audrey’s most memorable performances in Breakfast at Tiffany’s where she played the main character, socialite heroine – Holly Golightly.

It’s worth mentioning that Truman Capote, author of the novel on which the film was based, originally wanted Marilyn Monroe to play Holly, but Monroe decided to pass. She was convinced by her acting coach Lee Strasberg to reject the role as in his opinion playing a “party girl” would damage her career.

Hepburn eventually took the role of Holly Golightly, who is as stylish as she is gullible. She wore a classy yet effortless garment, easy to enrich with extra accessories: yes, jewellery! Elemental hint: The famous Little Black Dress from the movie was sold in 2006 at Christie’s auction in London for a record-breaking $914,000. It’s the highest price ever paid for a movie costume. 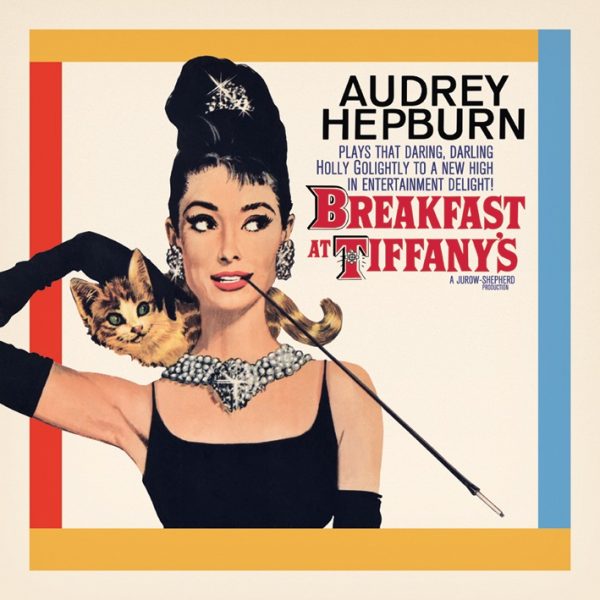 Following Holly’s stylish steps, there is no better way to element your outfit than choosing sparkly jewellery. Rhinestones are perfect especially when they dangle and catch light from different angles. If your hair is tied neatly and your outfit reveals your neckline, rhinestone jewellery is even more recommended. If you want to make an outfit statement and look sophisticated we advise elementing your look with Christian Dior jewellery. These Dior earrings from the 1980s are awe-inspiring and eye-catching. Keep your make-up to a minimum as they will grab all the attention. 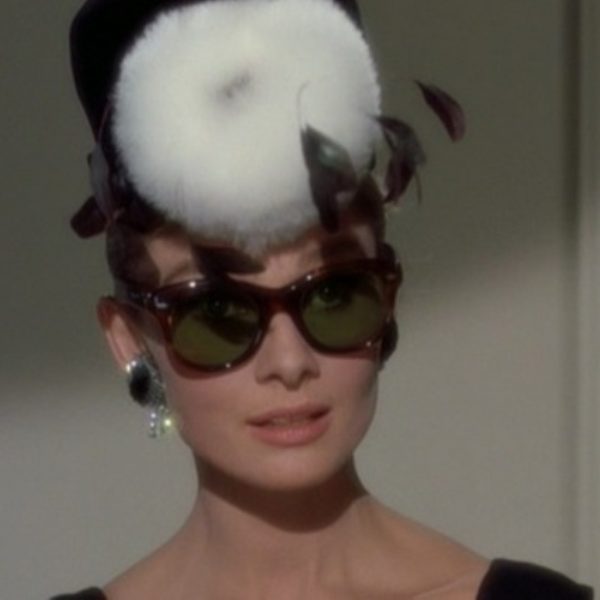 Necklaces are, in general, less about current trends and more about what works with your wardrobe. There are some necklaces, like gold chains, that are more prevalent than others but when you look for a stylish, elegant standout piece you should consider wide necklaces. Even better if they have sparkly crystals as they are a great way to make you look very Audrey and so ‘en vogue’.  One piece of advice –  don’t worry about your neckline. These type of necklaces look good both worn on bare skin and on clothes. This Miu Miu chunky crystal necklace is perfect for day and night. It goes well with both cashmere jumpers and evening gowns. It’s a versatile item that is a pleasure to wear. 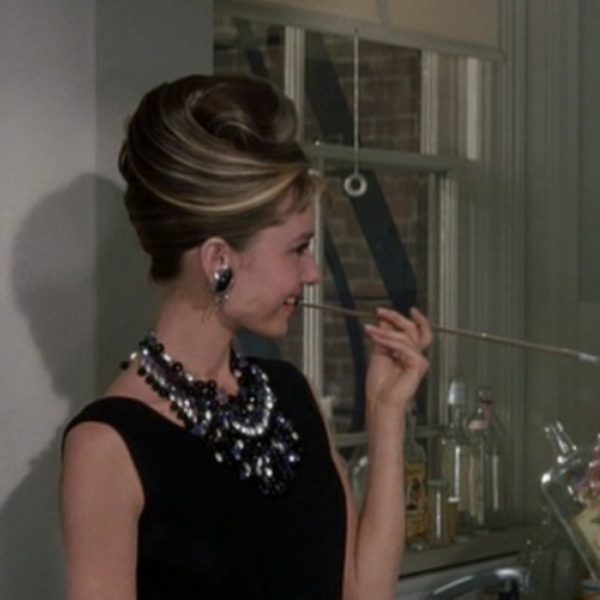 As a jewellery aficionado, we adore jewellery making a statement. Whether you choose to layer pieces or decide on a single big piece it’s always about making an impact on your look and transforming it to your unique style. Don’t forget about colourful jewellery, precisely colourful stones! Especially when you’re wearing an intense monochrome outfit, like this exquisite Givenchy candy pink gown. For elementing leave pearls and gold behind and choose a matching colour for your jewellery. Don’t be afraid to incorporate deep, rich colours – your wardrobe needs some pop. These Yves Saint Laurent diamond shaped earrings from the 1980s are a statement piece that doesn’t require additional jewellery. Worn with your purple outfit, it will become an instant show-stealer. 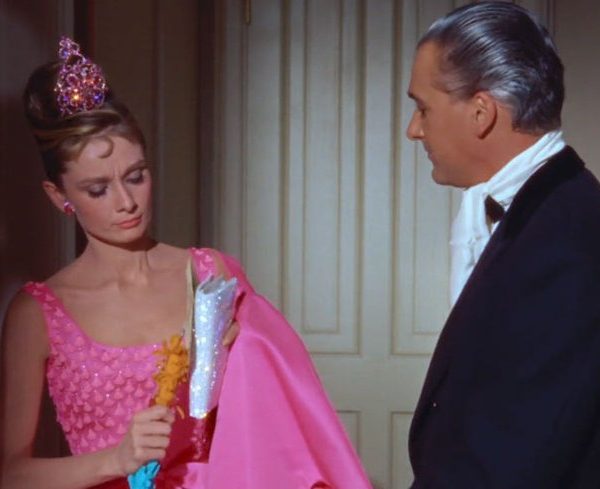 If you’re a Parisian look admirer,1954’s ‘Sabrina’ should be on your ‘to watch’ list. Audrey Hepburn plays Sabrina Fairchild, a chauffeur’s daughter, who after a long stay in Paris adopts the French-girl aesthetic and falls in love with one of her dad’s wealthy employers’ sons.

The movie is a great source of french style inspiration. Hoops, beloved by Audrey herself, are among the great jewellery used. Gold, thick and mid-size – the jewellery classic that needs to be included in your wardrobe. We are proud to own a great vintage Givenchy hoop collection. Pieces that were made by the great Hubert de Givenchy and reflect the beautiful french style. Elemental hint: It is said that Billy Wilder’s (director of Sabrina) wife sent Audrey to Cristóbal Balenciaga in Paris. He was then exceptionally busy preparing his latest collection so he introduced Audrey to his friend, Hubert de Givenchy, who had previously worked for Balenciaga. 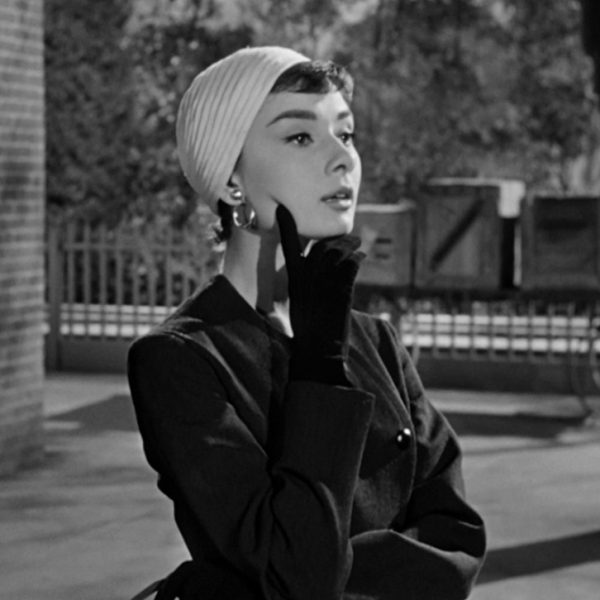 How to Steal a Million may not be Audrey’s fans’ favourite film, however,  the movie is a fashion feast for the eyes. Hepburn’s wardrobe is a great example of the perfect synergy between Givenchy’s elegant designs and Audrey’s impeccable style. Filmed five years after Breakfast at Tiffany’s, it’s interesting to observe how, over time, Hepburn and Givenchy changed their approach towards her Parisian aesthetic

If you have ever wondered how to element lace like a French girl, look at Nicole Bonnet, the main character played by Audrey. She elements a black chantilly lace dress and black lace eye mask with sparkly earrings. Don’t opt for dangle or rope earrings, instead choose close to ear ones. This type of jewellery goes well with lace, especially once matched with a dramatic silver glitter eye shadow. These Christian Dior earrings embellished with Swarovski crystal stones were made in the 1970s and are made to be worn with a lace outfit. 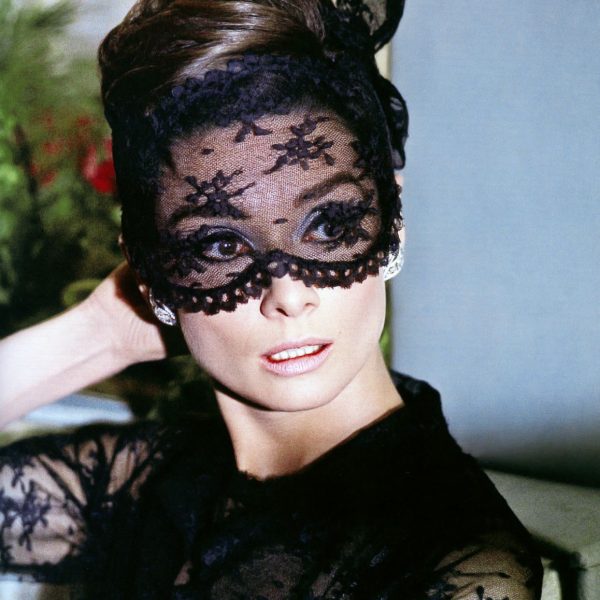