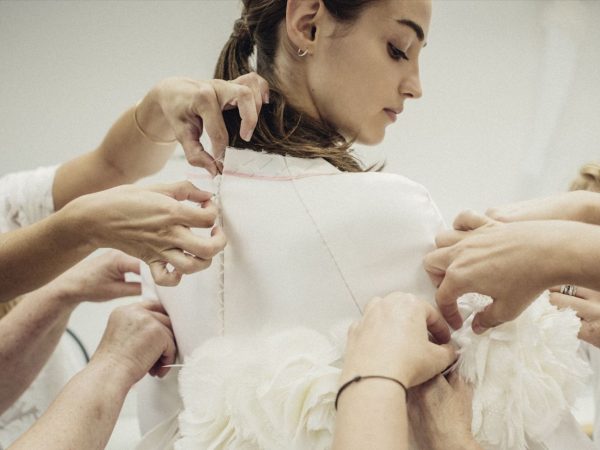 The brief story of haute couture

The exclusive clientele of about 2000 buyers. Up to 700 hours of creating one-of-a-kind, custom-made pieces, often tailored to a customer’s precise measurements. Welcome to the most prestigious and refined fashion space – Haute Couture. The world in which garments and accessories are highly celebrated and the average fashion lover can only dream of participating.

“For more than a century, couture has been an emblem of the triumph of costume and fashion. It represents the fusion of fashion – the modern entity composed of novelty and synergy with personal and social needs – and costume – the consummate arts of dressmaking, tailoring and constituent crafts to apparel and accessories” Haute Couture, Koda 1995

A common abbreviation of couture is dressmaking. However, it also refers to the craft of needlework, sewing and being handmade. All couture items must be sewn by hand; no sewing or beading machines are allowed. Haute couture garments utilise high fashion fabrics and embellishments, such as embroidery, and are crafted by a team of the most skilled artisans and craftsmen. The couture house is customarily composed of two parts, one devoted to dressmaking (flou), the other to the tailoring (tailleur) of suits and coats.

High sewing or high-fashion – Haute Couture – is a symbol of French luxury. The triumph of fashion as well as the art of dressmaking and tailoring. 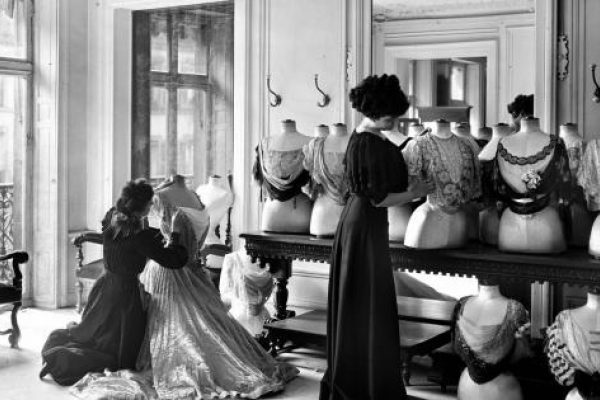 THE FATHER OF HAUTE COUTURE

Although Haute Couture is one of France’s finest craftworks it was primarily created by an Englishman, Charles Frederick Worth.

As a young man, Worth worked for London textile merchants. In addition to gaining knowledge of fabrics, he often visited the National Gallery and other galleries to study historic portraits. The paintings would later greatly inspire Worth’s designs.

In 1856 Charles Frederick Worth moved from England to Paris and started creating bespoke garments for his clientele. In 1858 Mr Worth established the first haute couture house – Worth et Bobergh at number 7, rue de la Paix in Paris which quickly acquired dedicated and upper-class customers. Worth’s designs gained stratospheric popularity after Princess Eugenié, Napoleon III’s wife, started ordering garments from him and brought him, new customers, in the form of fashion-obsessed royal watchers. Many of the garments and accessories from the Maison Worth were elaborately embroidered and beaded using various tambour embroidery techniques.

Mr Worth was not only the first designer to celebrate the finest craftwork but he also used live models to show his garments to clients and he started sewing branded labels into his clothes. Worth’s revolutionary fashion approach earned him the title of the first couturier. 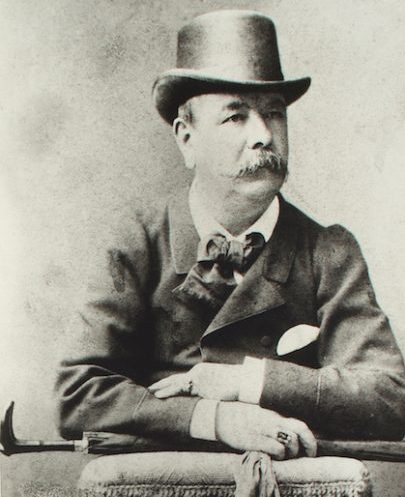 THE RULES OF HAUTE COUTURE

10 years later, in 1868, Le Chambre Syndicale de la Haute Couture was first established. The Syndicale was founded as the safeguard of high-fashion. From that moment designers had to earn the right to label themselves as a couture house, which was strictly regulated.

Nowadays The Fédération de la Haute Couture et de la Mode, as well as the Chambre Syndicale de la haute couture are responsible for regulating the haute couture in Paris. In total 15 fashion houses are entitled to use the highly protected Haute Couture term. The term is overseen by the Paris Chamber of Commerce.

Haute Couture designers must have their own atelier with no less than 15 staff (in addition to 20 technical staff members, which includes almost 2,200 les petit mains, who provide the painstaking detail of couture pieces). In addition, a couture house needs to show at least 25 looks twice a year at Paris’ Couture Fashion Week. 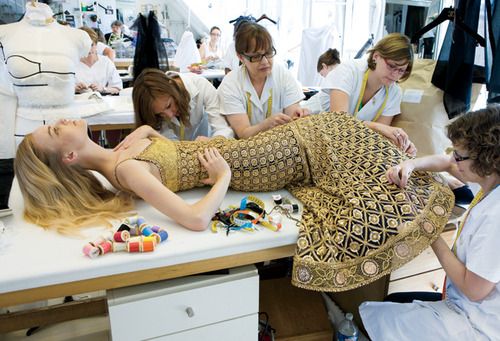 We are tremendously proud to hold haute couture designs among our jewellery pieces. We obtained all of the haute couture 4element items from private collectors around the world. Some pieces, like these pearl earrings by Christian Dior, were missing parts of their sets. Luckily we managed to find these, rejoin them and introduce them to our jewellery lovers as parure. Dear jewellery lovers, these exceptional and rare haute couture creations are now available for you. Please celebrate them greatly as these jewellery pieces are truly unique and one-of-a-kind. 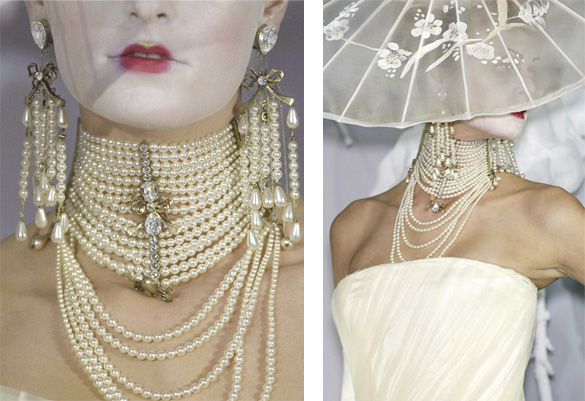